While people across the country held their breath watching Alabama’s last-second defeat of Georgia in the College Football Playoff National Championship on Monday, some in Orlando slept soundly. 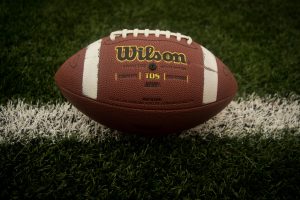 We can only assume the athletic department staff at the University of Central Florida was among them. Why? They weren’t concerned with who would be named the national champion—because they had already declared themselves the true champions.

The Knights were the only undefeated team in college football this year. They took down the Auburn Tigers (who had previously beaten Alabama and Georgia) in the Chick-fil-A Peach Bowl. Without a chance to compete in the playoff, they did everything they could do.

While it’s true many have laughed UCF’s claims off, that’s not the point. Whether UCF deserves the title isn’t the point, either.

The point is that this is one of the best marketing moves of 2018 so far, and someone at UCF knows what they’re doing. With controversy comes discussion. So far, the announcement has given the school free publicity in top national publications, such as The Washington Post, Yahoo Sports, USA Today, and ESPN.

Now, the best season UCF has ever had—and might ever have—will result in obtaining top recruits, national recognition and better fan support.

What UCF does with that depends on what the Knights do next season—but they are certainly setting themselves up to have a better chance by making the most of their momentum now.

Building on momentum is something we do a lot here at Wellons, so if you have marketing questions of your own, let us help you take a page from UCF’s playbook. Don’t hesitate to reach out at 407-339-0879 or at will@wellonscommunications.com.