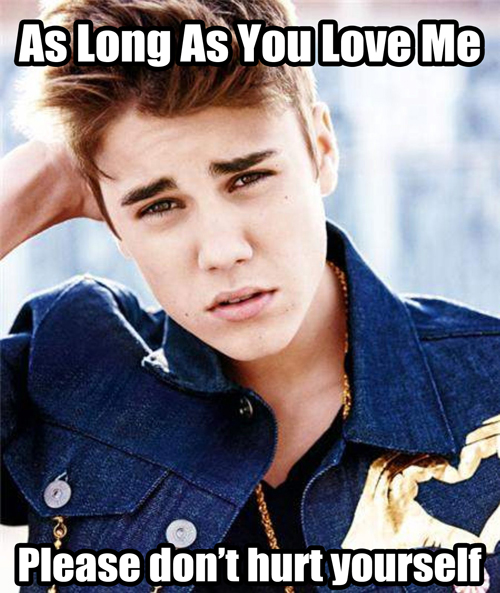 Although this story comes from a source called Gossip Cop, the facts are unfortunately and horrifyingly true. Yesterday, some folks with too much time on their hands and deranged humor started a fake Twitter campaign by posing as Justin Bieber fans and then trending #cut4bieber. The premise of the prank involved circulating photos of self-mutilation with supposed fans urging the Biebs to stop his drug use after a photo leaked last week of the celebrity smoking marijuana.

Overnight, the hashtag started trending worldwide, and tweets flooded in showcasing gruesome and graphic images of bloodied arms and wrists, though it can be hard to tell what is real and what is not.

Although this started as a hoax, the campaign has now taken a life of its own. Encouraging the young and impressionable Belieber followers to self-harm is a disturbing trend that we hope will vanquish as fast as it appeared. Luckily some have spoken out against the Twitter campaign, including the high-profile Miley Cyrus, who stated that “Cutting is NOT something to joke about.”

We wonder if Justin Bieber himself will make a public statement about this horrible chain of events in the Twittersphere.