Does the price of an NBA Championship include the tab for the citywide celebration after the winning buzzer sounds? In Los Angeles, the answer is yes.

The Los Angeles Lakers will likely be amending their annual operating budget to include a season-ending party.  In tight economic times, the Lakers ownership faced criticism last year after beating the Orlando Magic for the cost of a parade and citywide celebration.

After this year’s defeat of the Boston Celtics, the Lakers wasted little time announcing they will pay the bill for the 16th championship parade through the city of Los Angeles. In coordination with city officials, the Lakers response to the potential negative community relations was swift and professional.

The direct response shows that businesses that step up, get in front of the story and take responsibility will be praised in the public light. The Lakers saga shows that even in the height of success, businesses must stay alert to protect their public image.

With this public relations move, the Lakers are champions on the court, as well as off the court. 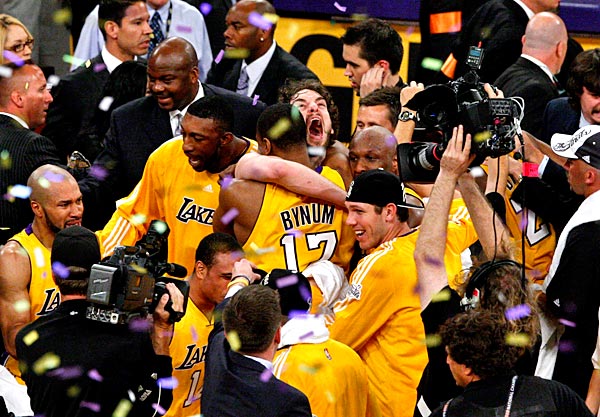