The world’s largest coffeehouse chain has the vegan community in an uproar…over Strawberry Frappuccinos®.

It was recently discovered that Starbucks has been using ground-up beetles for the coloring of this tasty treat. As disgusting as that sounds, the 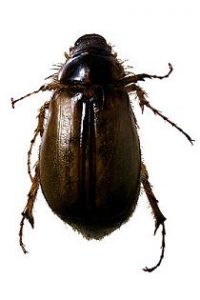 Cochineal Beetle is actually a very common, government-approved food coloring used in familiar foods, such as Yoplait Yogurts and Kellogg’s Pop-Tarts. It is also used to make more than 300 bright red lipsticks.

With the vegan community frothing over what was thought to be a veg-friendly drink, Starbucks now has an unexpected PR crisis on its hands. ThisDishIsVegetarian.com, among other websites, is buzzing about the beetle juice and announced to their readers not to drink it anymore. They are not trying to cause trouble; they just want to alert members.

Starbucks made the switch to using beetles in January to help get rid of artificial ingredients in their food and drinks. The coffee giant maintains it was simply trying to do the right thing. Nutrition experts say it was the right idea, but the wrong execution.

Starbucks’ good intentions have left them with a completely unintended public relations problem.