From butcher shops to runways, clothing made from raw meat is all the rage. But Lady Gaga—and her infamous apparel at the 2010 MTV Video Music Awards—isn’t the trendsetter here.

The new book by Ripley’s Believe It Or Not! Enter If You Dare! has fashion editors turning to the original meat dress designer. Elle.com spotlighted Jia Jem, a Chicago designer and costume aficionado who is featured on page 181 of the Ripley’s book.

Back in 2009, Jia sliced up a fleshy frock made of salami and bacon when she had nothing to wear for a party. The dress took her six hours to make and was refrigerated until it was time to head out the door.

Thus began a new line of carnivorous couture. Now, the question becomes: “Does this fat make me looked dressed?” 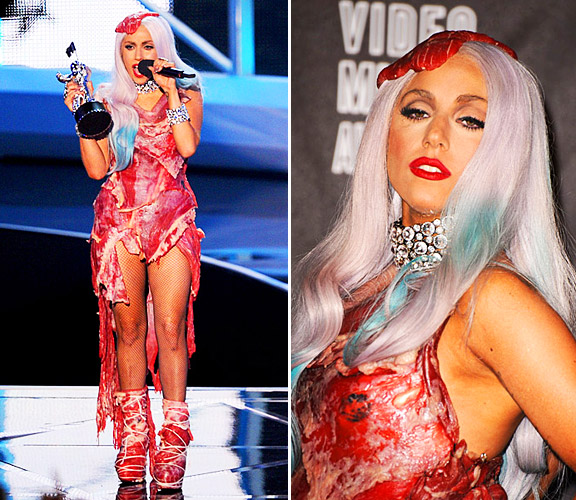